Marc Quintana is one of those painters who does not use the painting as an excuse. He works dirtying the papers, spread across the floor, without fear of treading on them. The figure arrives later than the background because it only interests him in order to resolve the painting. He may not need the figure because the stain itself is the protagonist.

In these new series, he works with backgrounds that are cleaner, more “cleaned”, than ever before, and establishes a clear dialogue between the painted sculpture within his black and white universe, lightly stained with yellows or very soft greens, seeking, perhaps, immobility as an excuse or as an explanation for non-communication in the 21st century, the heir of so many centuries of solitude or isolation. Of painting and of culture.

Background and form combined, without limits, constructed with the patience of a goldsmith and the firmness of a graffiti artist. What is more important: what he erases and allows us to intuit, or what he draws clearly? A hymn to the solitude of the artist, which he reveals to us fearlessly by shedding his myths and his heroes, his weaknesses and his convictions. 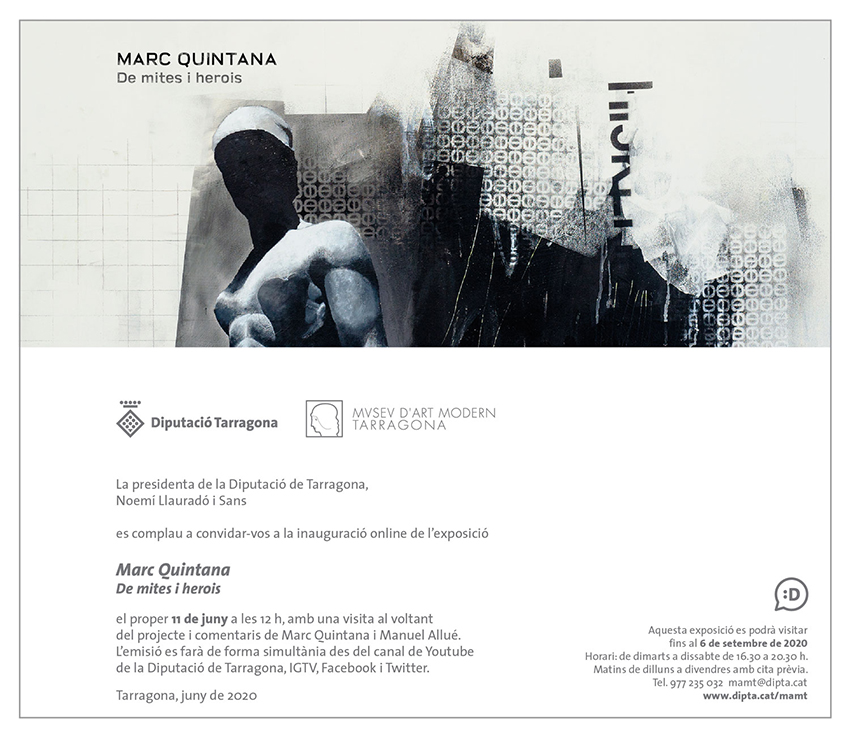